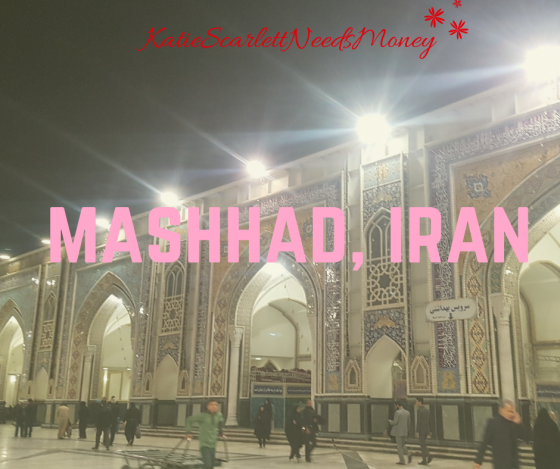 This post was originally published in my old travel blog, Erudite Traveller on 05 December 2017.

Mashhad, Iran’s spiritual capital and second largest city is located more than 900 kilometers to the northeast and borders Afghanistan and Turkmenistan. This made Mashhad  the perfect entry point to my next destination: the ancient Achaemenid satrapy and Seljuk Turk citadel of Merv (Margiana), Turkmenistan.

Although not a usual tourist destination for foreigners and non-Muslims, Mashhad is actually a famous site for Shia Muslims worldwide. Devotees flock to Mashhad’s Imam Reza Shrine by the millions during Muharram, the first month of the Islamic calendar, especially during the holy day of Ashura, the tenth day of Muharram, when more than seven million Shia Muslims visit the city.

I was (by accident) in Mashhad the day after Ashura on my way to cross the Iran-Turkmenistan border in Sarakhs, another silk road city.

Based on my short stay and some interaction with locals, Mashhad is more conservative than Tehran, even more than the nearby Kang Village in the countryside (read about my trip to Kang Village here). I was advised that my usual Iran outfit consisting of headscarf, loose-fitting long-sleeved shirt, sweater, and pants would elicit unwanted attention. Luckily,  the wife of my homestay host let me borrow her spare black mantou, a loose, long-sleeved, opaque dress that falls below the knee.

Most women in Mashhad wear the black chador, the only acceptable mode of female dress in holy sites. In fact, I was barred from entering the Imam Reza complex wearing only my mantou. The ladies facilitating entry into the complex were nice enough to help me borrow a chador from the shrine guards. I was given a pink one. So it was more acceptable to wear a pink chador than a black mantou.

Like any big city, Mashhad has its fair share of an increasing number of department stores, health clubs, and water parks as well as bungee jumping and zip lining facilities for its than 14 million annual (and growing) tourists.

The Holy City of Mashhad

The city had seen its fortunes rise and fall as the balance of power between rulers in the region shifted. Due to its location in the crossroads of Central Asian steppes and Afghan mountains, it had been alternately occupied and sacked by Persians, Turks, Uzbeks, Mongols, and Afghans.

Mashhad flourished under the rule of the Afsharids in the 16th century when it was made the dynasty’s capital city.

Mashhad is home to the Imam Reza complex, the largest mosque complex in the world. It contains fourteen minarets, seven courtyards, three fountains, two museums, the Goharshad Mosque, and the holy shrine of Imam Reza.

Imam Reza, a descendant of the prophet Muhammad and the eighth Shiite imam, died (poisoned) and was buried in the village of Sanabad in 818 CE. Since then, his burial site has become a place of pilgrimage for Shias, which started naming it Mashhad, meaning place of martyrdom.

The famous fifth Caliph Haroun al-Rashid, the protagonist of several stories in A Thousand and One Nights (he was usually referred to as the Caliph),  was buried in Sanabad.

Getting to Mashhad from Tehran

There are a lot of flights connecting Tehran’s Mehrabad Airport and Mashhad International Airport. The flight takes less than 1 hour and usually costs less than USD 100. I got mine for less than USD 60.

Book your trip through Momondo since Skyscanner, Expedia, and other similar services do not list flights within Iran.

Where to stay in Mashhad

Most foreigners and backpackers staying in Mashhad on their way to neighboring countries stay in Vali’s Non-Smoking Homestay.

Vali and his son Reza are fluent in English and conversant in French so communication is no problem, a huge issue when staying in Mashhad’s numerous (and I have to say, posh) hotels.

Vali also offers other services such as assistance in getting Turkmen and Uzbek visas, airport pick-up, tours, and transport to the border. His wife’s cooking is amazing.

Due to the holidays, (also, I arrived there at 9 p.m.) the free Imam Reza complex tour for foreigners was cancelled. But, possibly because it was a holiday and time for gift-giving and kindness, the nice ladies facilitating entrance into the complex helped me borrow a chador and ushered me inside to find my own way.

I was lucky to see the famous golden domes and crystal and glass ceiling of the Imam Reza Shrine. But, wanting to be as non-intrusive as possible, I refrained from taking as many photos as I would have wanted to.

Humongous screens were flashing scenes of worship from all over Iran. Speakers broadcast prayers in Farsi for devotees. Carpets were laid out in front of the shrine for devotees to perform their prayers. Other pilgrims were walking about visiting the other structures within the complex.

In the midst of religious observances from a tradition away from my own, I was able to see one of the many threads that connect all humanity: the need to believe in someone, or something, more powerful than ourselves. People are not so different after all.

Before entering the  Imam Reza complex, visitors were required to leave their bags and other belongings in the building to the right of the  entrance. The attendants will give you a slip of paper, which you need to return to claim your things. People can bring their mobile phones inside.

Pilgrims were reminded, through large tarpaulins located in the complex exit, to be kind to their fellows during the holiday, including foreign visitors. There were admonitions not to take advantage of tourists by inflating taxi fares (so specific! You can tell that on regular days, drivers will inflate it). This was written in various languages.

Due to the influx of visitors, Mashhad’s bazaars were open until way after midnight. I stayed out until 2 in the morning and they were all still open and doing vigorous business.

Products were from all over Iran, so I grabbed the chance to buy a lot of souvenirs (which I had to drag across three countries). There were colored copperwork from Esfahan, saffron candies, Tabriz delight which the vendor claimed to be better than Turkish delight, needlework of Persian design, and of course, turquoise jewelry.

Most vendors do not speak English but there are establishments that have assistants that are conversant, mostly students working part-time from the nearby Ferdowsi University. Of course, just pointing at the calculator and bargaining by typing in your counter-offers work as well. Just make sure that you agree which currency you will be using.

Most stores accept USD. In fact, you can get some discount if you pay in dollars.

People are willing to accept dollars. I used US dollars in restaurants, shops, even taxis. Just ask if you can pay in dollars instead of rial. The worst they can say is no. 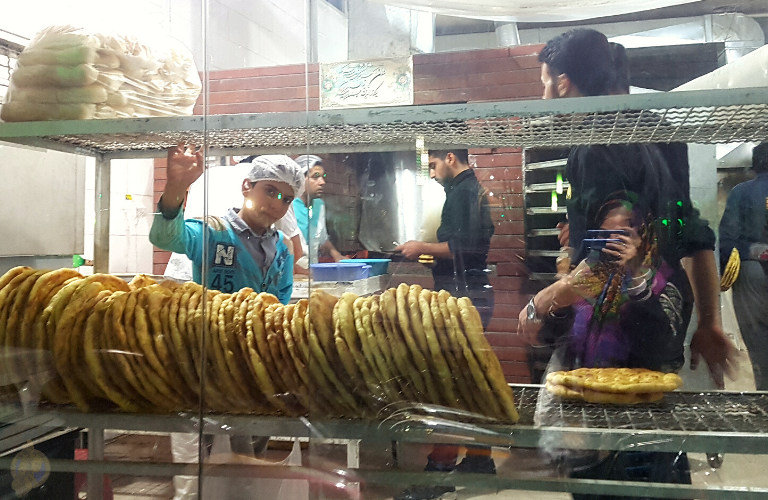 If there is one thing you have to buy from Mashhad, it has to be turquoise jewelry. Historically, the best turquoise mines are in nearby Nishapur. You can be certain that the ones you get in Mashhad are not fakes and the prices are very affordable. I’ve seen rings with large stones at the USD 75-100 range.  And I mean big, like huge pebbles!

Unfortunately, I had no idea that turquoise are measured in carats, so I wasn’t able to ask the store owner the carat sizes.  I was able to get a nice ring with a clear, matrix-less gem (which I prefer, many people want turquoise with matrices) decorated with glass and set in a silver band for USD 25.

If the design you like doesn’t fit your finger, the store owners will gladly adjust the band size for you.

Me being in Mashhad during  Muharram was completely coincidental and was a reminder that surprises trump even the best-laid plans. 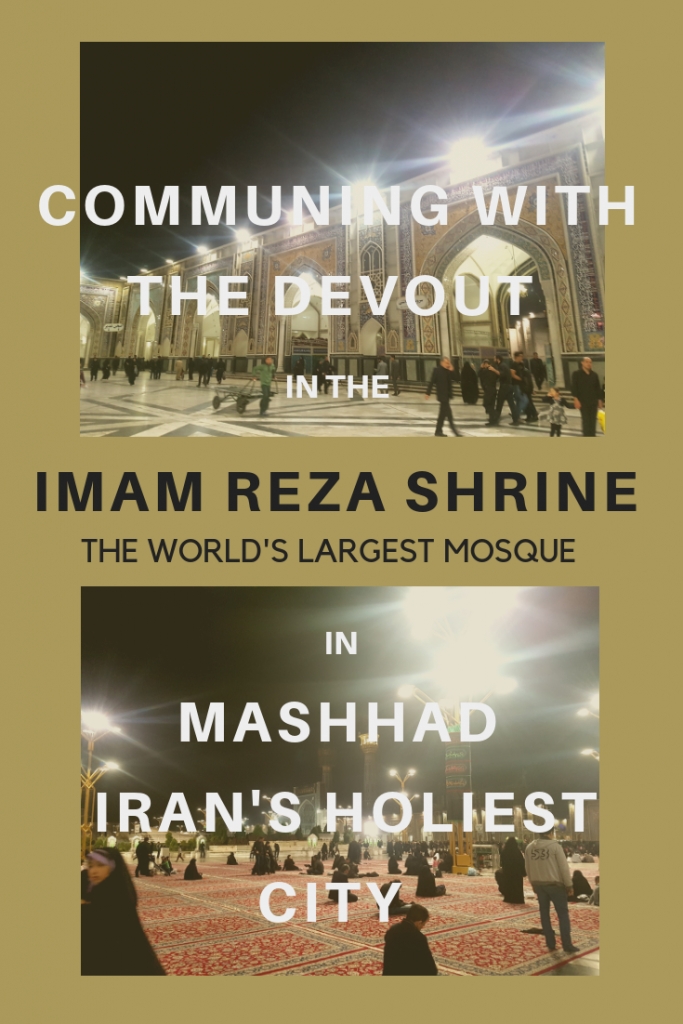